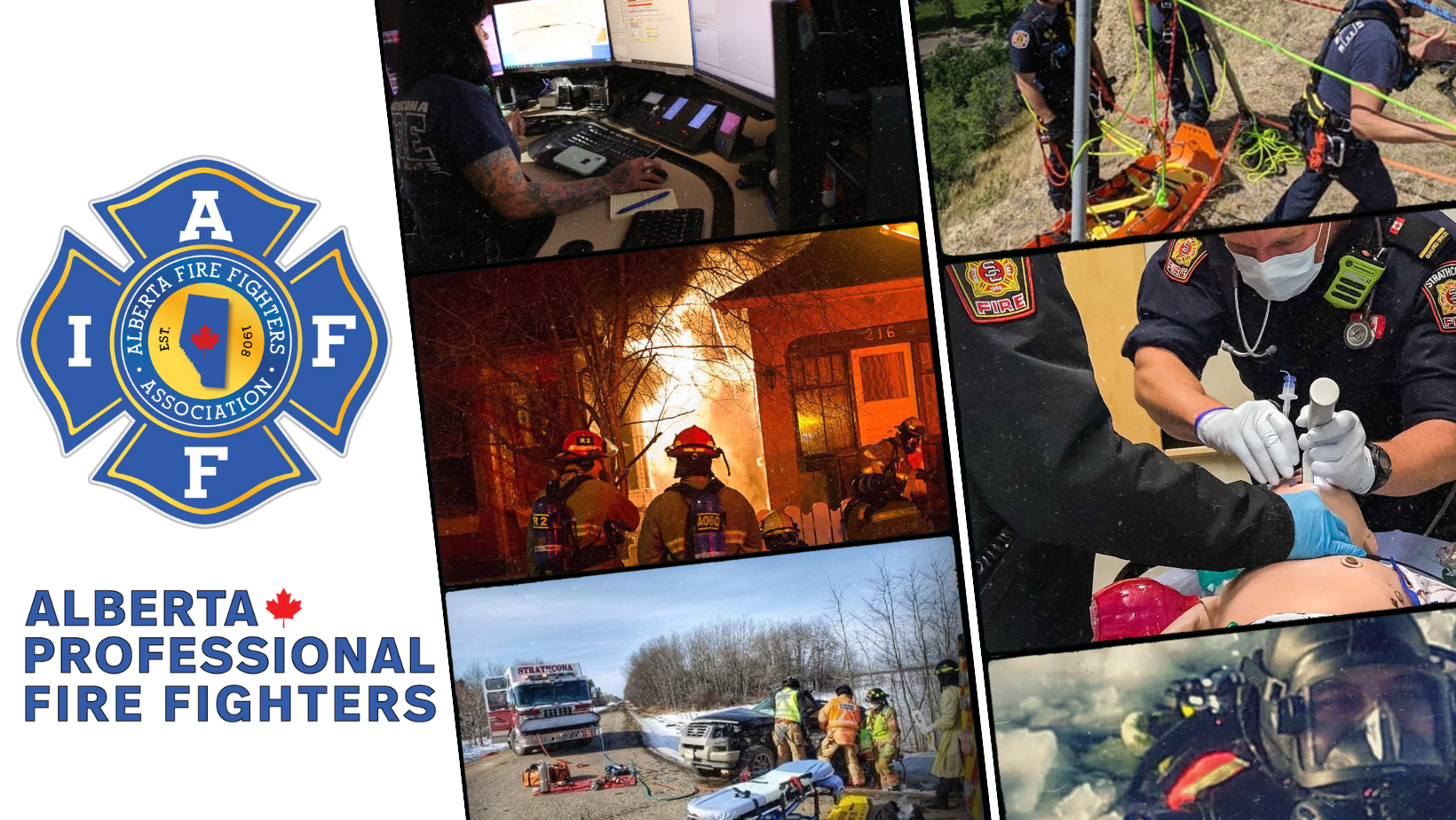 CALGARY – Alberta’s professional fire fighters are speaking up this month about the single greatest danger they face while protecting the lives and property of their fellow citizens.

January is Fire Fighter Cancer Awareness Month, and the Alberta Fire Fighters Association (AFFA) and its affiliates are highlighting the toll the disease has taken on the profession and sharing information about how fire fighters can reduce their risks of contracting one of the many cancers scientifically linked to firefighting.

“Cancer is an epidemic in the fire service. It’s the leading cause of line-of-duty deaths among Alberta fire fighters, as it is across Canada,” says Matt Osborne, a Calgary fire fighter who serves as AFFA President. “Fire fighters are at an increased risk of cancer due to the toxic nature of our workplace, where burning plastics and other materials found in furniture and other household products combine to create a toxic soup that exposes fire fighters to millions of different and unknown and cancer-causing chemicals.”

Studies confirm that fire fighters experience certain cancers at statistically higher rates than other workers, including brain, bladder kidney and colorectal cancers, leukemia and non-Hodgkins lymphoma and reproductive cancers in both male and female fire fighters. Osborne says even though fire fighters wear breathing packs to prevent smoke inhalation, dangerous toxins can still be absorbed through the skin.

According to the International Association of Fire Fighters (IAFF), 52 full-time Alberta fire fighters have died from recognized occupational cancers in the past 10 years, cancers formally deemed to have resulted from workplace exposure and were covered under WCB Alberta. Osborne says that tragic figure is just too high, and it also doesn’t take into account a significant number of Alberta fire fighters who have died from cancer but were not covered by WCB benefits.

“Fire fighters are proud to serve and protect their fellow citizens, and we enter the profession knowing its many dangers including statistically higher rates of certain cancers. But we’re also committed to reducing the terrible toll cancer has taken on our profession.”

All month, the AFFA and its affiliates are using social media to spread awareness about cancer and firefighting, and are encouraging firehall discussions about cancer and prevention strategies. Osborne supports a three-pronged approach to address the epidemic of cancer among fire fighters – prevention, early detection and WCB coverage. Prevention starts with proper hygiene practises with SCBA and PPE use, and working with employers to ensure adequate decontamination resources and protocols are in place. Early detection relies on fire fighters accessing cancer screening at earlier ages than other workers due their increased risk.

Since 2003, Alberta has had legislation that presumes certain cancers and other diseases are occupational when contracted by fire fighters with a specified number of years on the job, which facilitates the workers’ compensation process. While Alberta currently recognizes 16 different types of cancers as occupational among fire fighters, Osborne says there’s room on the list for even more cancers as science confirms their link to the profession.